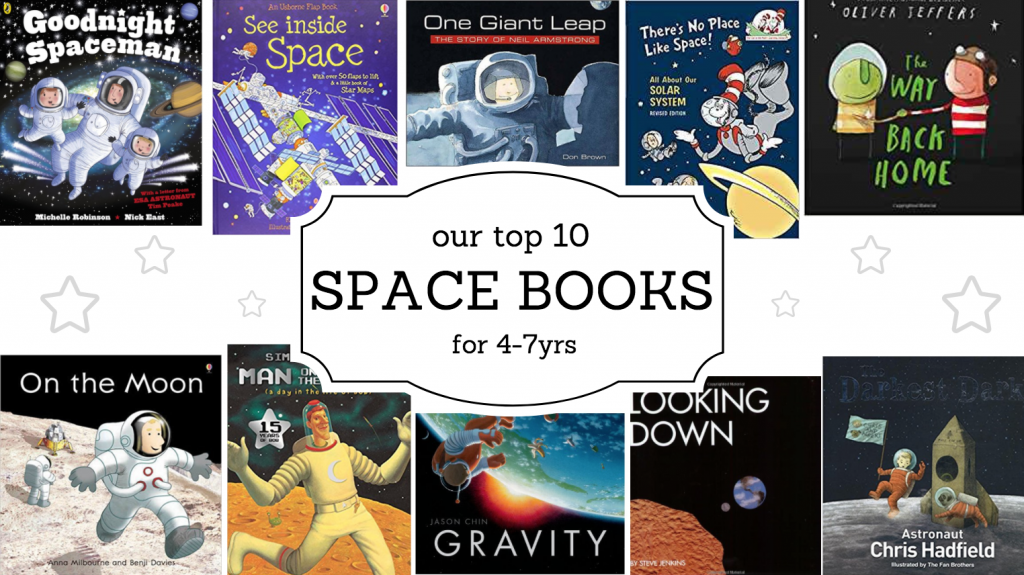 If you’re preparing to blast off into space, you’ll probably want to take a good book. The same can be said if you’re about to embark on a space topic. Luckily for you we’ve got plenty of books to recommend. The books in this list are suitable for 4-7 year olds. To see our recommendations for 7-11 year olds click here. 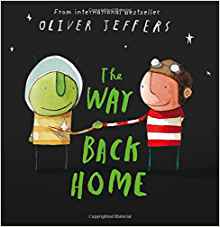 DESCRIPTION FROM THE PUBLISHER: When a boy discovers a single-propeller airplane in his closet, he does what any young adventurer would do: He flies it into outer space! Millions of miles from Earth, the plane begins to sputter and quake, its fuel tank on empty. The boy executes a daring landing on the moon… but there’s no telling what kind of slimy, slithering, tentacled, fang-toothed monsters lurk in the darkness! (Plus, it’s dark and lonely out there.) Coincidentally, engine trouble has stranded a young Martian on the other side of the moon, and he’s just as frightened and alone. Martian, Earthling—it’s all the same when you’re in need of a friend. 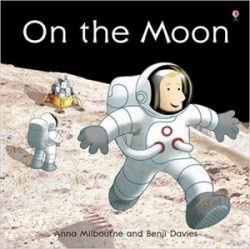 DESCRIPTION FROM THE PUBLISHER: This is an artist-led picture book, which introduces young children to the vastness of the universe, how far away the moon is, what gravity is and the concept of space travel through a gentle and captivating story about an imaginative little girl. Combining full colour illustrations with NASA photographs from the surface of the moon, this beautifully illustrated picture book takes young children on an amazing journey into outer space. The story’s use of rhythmic text generates an evocative and friendly tale, taking children on a magical and informative journey. 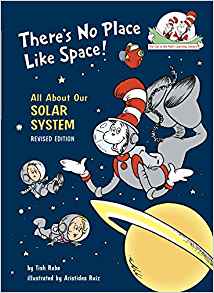 DESCRIPTION FROM THE PUBLISHER: Au revoir, Pluto! In this newly revised, bestselling backlist title, beginning readers and budding astronomers are launched on a wild trip to visit the now eight planets in our solar system (per the International Astronomical Union’s 2006 decision to downgrade Pluto from a planet to a dwarf planet), along with the Cat in the Hat, Thing One, Thing Two, Dick, and Sally. It’s a reading adventure that’s out of this world! 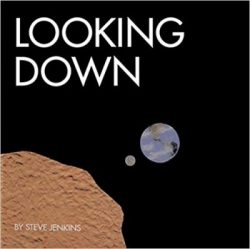 DESCRIPTION FROM THE PUBLISHER: If you were an astronaut traveling far out in space and you looked at the earth, what would you see? A small ball in the huge black universe. That’s where these pictures begin. Then they move closer and closer to the earth, each view revealing new details. Until finally… See for yourself. In this wordless picture book with stunning cut-paper illustrations, Steve Jenkins masterfully depicts the many levels of the universe, from the farthest reaches of space to the most familiar corner of your backyard. 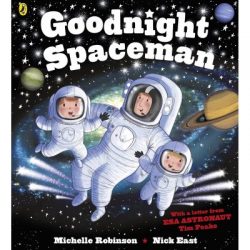 DESCRIPTION FROM THE PUBLISHER: Inspired by ESA astronaut Tim Peake and his sons, and featuring an introduction from Tim, this is the perfect bedtime book! Two space-mad little boys get ready for bed and say goodnight to their toy rockets, launch pads and planet mobiles, before being whisked away into space on an adventure beyond their wildest dreams… Tim Peake is the first official British ESA astronaut. He left Earth on 15th December 2015 to begin a six month long mission aboard the International Space Station. His time in space has been watched by millions and he is inspiring a new generation of explorers, adventurers and questioners. 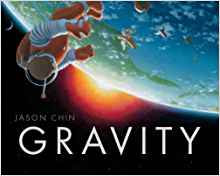 DESCRIPTION FROM THE PUBLISHER: What keeps objects from floating out of your hand? What if your feet drifted away from the ground? What stops everything from rising up into space? Gravity. In this unusual, innovative, and beautiful book, Jason Chin introduces young readers to this fundamental force, taking a complex subject and making it understandable. The perfect book for all young scientists. 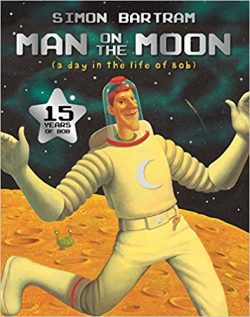 This is how Bob, the Man on the Moon, begins his day. It’s Bob’s job to entertain the tourists (handstands and high moon jumps are a hit), conduct Moon seminars (how long does it take to walk around the Moon on stilts?), sell souvenirs (pens, postcards – the usual), and keep the Moon clean and neat. Some people say that aliens are the ones who leave all the trash, but Bob tells them aliens don’t exist, and he would know . . . wouldn’t he? 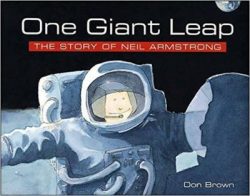 DESCRIPTION FROM THE PUBLISHER: As a young boy, Neil Armstrong had a recurring dream in which he held his breath and floated high above the people, houses, and cars. He spent his free time reading stacks of flying magazines, building model airplanes, and staring through the homemade telescope mounted on the roof of his neighbour’s garage. As a teenager, Neil became obsessed with the idea of flight, working odd jobs to pay for flying lessons at a nearby airport. He earned his student pilot’s license on his sixteenth birthday. But who was to know that this shy boy, who also loved books and music, would become the first person to set foot on the moon, on July 20, 1969. Here is the inspiring story of one boy’s dream – a dream of flying that landed him more than 200,000 miles away in space, gazing upon the awesome sight of a tiny earth hanging suspended in a perfectly black sky. On the thirtieth anniversary of the moon landing, Don Brown’s expressive story reveals the achievement of this American legend, Neil Armstrong 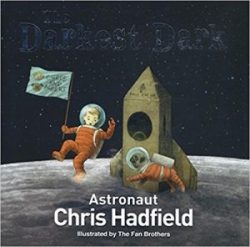 DESCRIPTION FROM THE PUBLISHER: The Darkest Dark is the debut picture book by Commander Chris Hadfield, international bestselling author of An Astronaut’s Guide to Life on Earth and You Are Here, with spectacular illustrations by illustration team The Fan Brothers. Inspired by Chris’s decision to become an astronaut after watching the Apollo 11 moon landing at age nine, The Darkest Dark is an inspiring story about facing your fears and following your dreams. 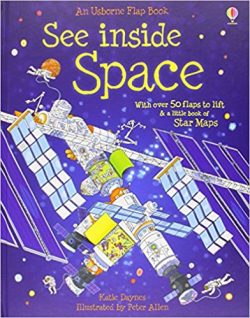 DESCRIPTION FROM THE PUBLISHER: A flap book of astronomical proportions, packed with facts and information about the stars, planets and the universe. Fabulous double-page topics show our solar system, the Milky Way, how scientists think the universe was created and the latest space travel technology.