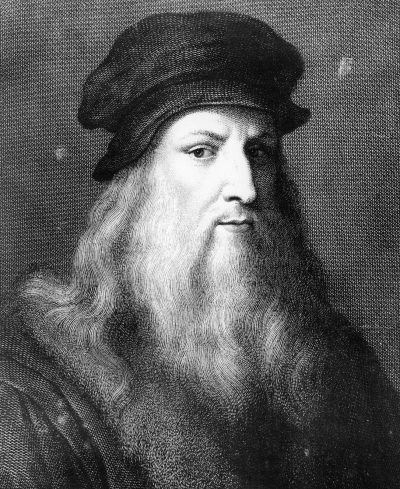 KEY FACTS: Leonardo was born in Florence, Italy. Little is known about his early life. When he was 14 he became apprenticed to a famous artist and went on to become a famous artist himself. However, he was interested in lots of other areas including architecture, mathematics, engineering, geology, astronomy and paleontology. He kept journals full of his sketches which included scientific sketches and drawings of ideas he had for inventions.
Leonardo was fascinated by fossils. He was ahead of his time in recognising that they contained the remains of prehistoric animals. He recorded these observations in his journals.