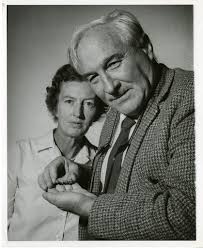 KEY FACTS: Mary Leakey was born in London, England. Her family travelled around a lot and during this time she developed an interest in archaeology. She went on to meet and marry Louis Leakey, a paleoanthropologist (studied fossils). They had three sons and enjoyed exploring and excavating as a family. They spent much of their life working in Tanzania and Kenya in East Africa. Throughout their career they discovered 15 new species of animals.