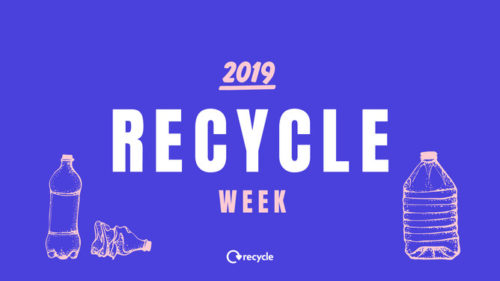 In 2018, people were motivated to care about plastics in a way they never have before.

Sustainability is firmly on the national agenda and the public is looking to organisations to help solve major environmental issues. That makes Recycle Week a greater opportunity than ever to change people’s recycling behaviours while gaining positive publicity and building your organisation’s reputation.

2018 was the year that Britain woke up to recycling. 2019 is the year we’re taking action.

Now in its 17th year, Recycle Week is a celebration of recycling, organised by WRAP under the Recycle Now brand. The aim of the week is to encourage the public to recycle more, by demonstrating the benefits of recycling items from all around the home.

This year’s theme will be: ‘Recycling. It’s in our own hands.’

2019 is the year of the environmental activist. We’ve seen this through protests and marches. From Greta Thunberg to Our Planet and Sir David Attenborough – environmental concerns have never been so front of mind for the nation.

We want to capitalise on this as it’s a golden opportunity for us to inspire and support citizens to take action and make recycling the new norm.

Recycle Week 2019 will be full of action asking people to rinse, crush, squash, sort and separate. In the bathroom, the kitchen, the office and the great outdoors. Getting them to do something powerful and radical that will really make a difference.