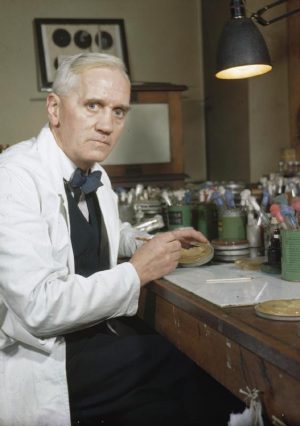 KEY FACTS: Alexander was born in Scotland, later moving to London to train to be a doctor. During World War 1 he worked near the battlefields as a doctor, treating wounded soldiers. He became particularly interested in research after witnessing many soldiers die from infected battle wounds. He hoped to find a cure and this research led to his discovery of penicillin. This discovery was accidental; Fleming had a reputation for being very messy and as a result, a mould releasing penicillin had grown in his laboratory. He noticed that bacteria didn’t grow near this mould and hence discovered the healing properties of penicillin.

ACHIEVEMENTS: He is best known for discovering penicillin and was awarded a Nobel Prize for this discovery.