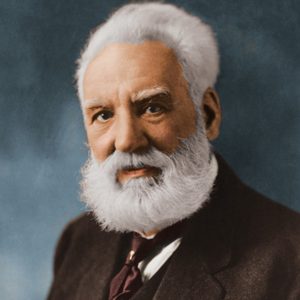 KEY FACTS: Bell was born in Edinburgh, Scotland. From a young age he displayed a natural curiosity about the world. After leaving school he became interested in speech and elocution (the skill of clear and expressive speech). This inspired a fascination with sound. Bells grandfather, father and brother were also associated with elocution while his mother and wife were deaf.

Bells research into sound led to him experimenting with hearing devices. This culminated in his creation of the telephone.