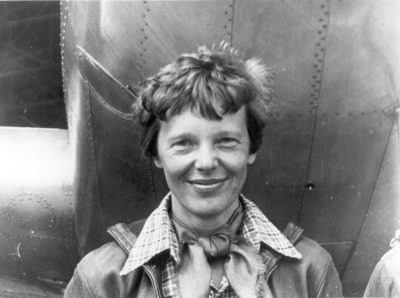 KEY FACTS: Amelia was born in Kansas, USA and always had a strong sense of adventure. She was seen as a bit of a ‘tom-boy’ and once hurt herself whilst travelling down a home-made ramp, inspired by a rollercoaster she had seen. She also developed an interest in aeroplanes. She became determined to fly and worked hard to afford the flying lessons. She eventually succeeded, becoming the 16th woman to be issued with a pilots licence. She went on to be the first woman to fly solo across the Atlantic Ocean. in 1937, whilst attempting to fly around the world, Earhart’s plane disappeared and was never found.

ACHIEVEMENTS: She was the first female aviator to fly solo across the Atlantic Ocean. She broke many records for this, becoming a celebrity figure. She also received the U.S. Distinguished Flying Cross for this accomplishment.