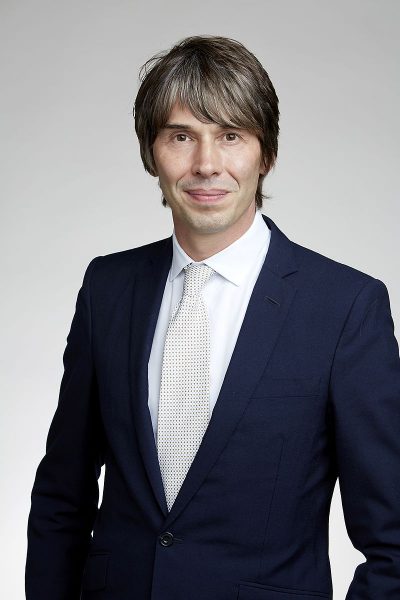 KEY FACTS: Cox had a happy childhood growing up in Oldham, England. He studied physics at the University of Manchester and had a brief career as a keyboard player in a rock band. He went on to gain a PhD in Physics during which he worked on experiments at the Large Hadron Collider. He has written many books about physics and presented science programmes for the BBC including ‘Wonders of the Universe’ and ‘Stargazing Live’.

ACHIEVEMENTS: Cox has been recognised with many awards for his efforts to publicise science. He was awarded an OBE by the Queen in 2010. He was also elected a Fellow of the Royal Society in 2016.