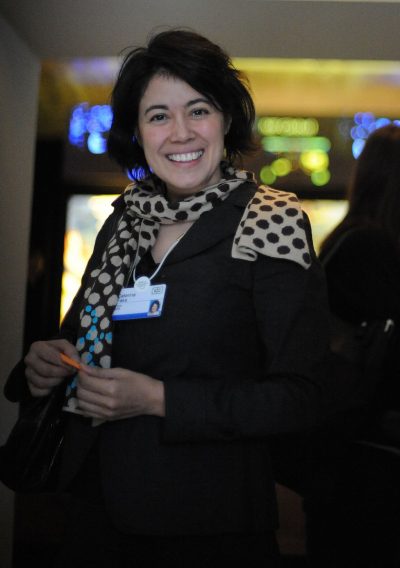 KEY FACTS: Born in America, Fake began her career as a designer at a top development agency, working on websites for companies such as McDonalds and Nike. In 2002 she co-founded Flickr, one of the world’s most popular photosharing websites. She has since co-founded other popular websites.

ACHIEVEMENTS: In 2006, she was named by Time Magazine as one of the world’s 100 most influential people.

Picture by Robert Scoble from Half Moon Bay, USA (Cropped from Catarina Fake, co-founder of Flickr) [CC BY 2.0 (http://creativecommons.org/licenses/by/2.0)], via Wikimedia Commons