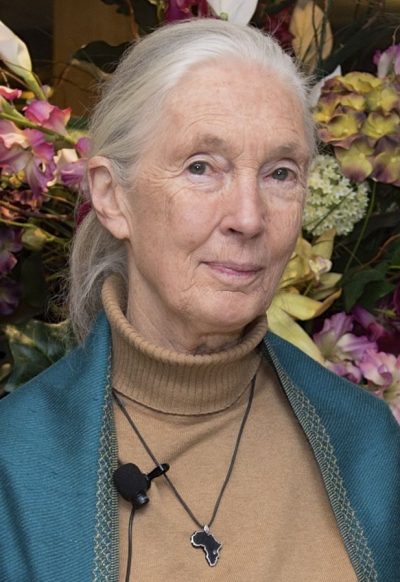 KEY FACTS: Jane Goodall grew up in London, England and always loved animals. She particularly liked chimpanzees and dreamt of going to Africa to see them in the wild. When she was 23yrs old, Jane made it to Africa and began a job studying chimpanzees in Tanzania. She has since devoted her life to studying these animals and is considered a world expert on chimpanzees.

ACHIEVEMENTS: Jane has won awards including the J Paul Getty Wildlife Conservation Prize and was made a Dame Commander of the Order of the British Empire at Buckingham Palace in 2004. She also has a plaque on the Tree of Life at Walt Disney World’s Animal Kingdom theme park.