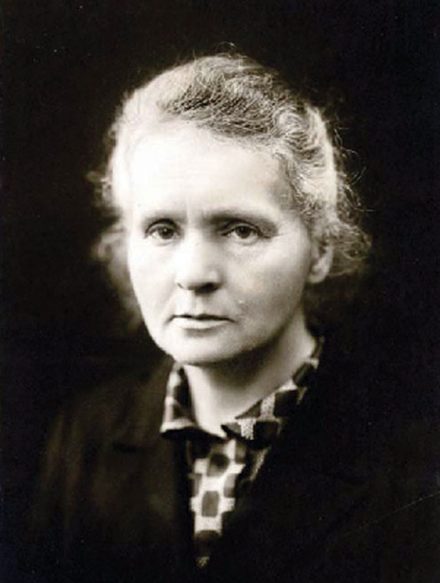 KEY FACTS: Marie Curie grew up in Poland and did well at school. Marie wanted to go to university and study to become a scientist but it was expensive and at the time, university was thought of as mainly for men. Eventually Marie earned her degree in Physics from a university in France. Marie did lots of experiments and discovered two new elements for the periodic table! She named them Polonium (after her hometown of Poland) and Radium (because it gave off such strong rays).