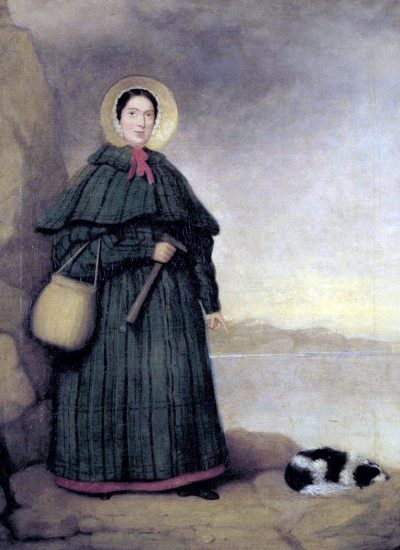 KEY FACTS: Mary Anning was born in Lyme Regis in Dorset, England. This was a place where lots of fossils could be found along the coastline. Her family were poor and her education was very limited. Mary and her brother Joseph often went fossil hunting together. They would then sell the fossils to make money for their family. In 1811, when Mary was 12,Joseph dug up a 4-foot ichthyosaur skull. A few months later Mary found the rest of the skeleton. At the time, many people believed in the Biblical account of creation. This find made people question the history of the Earth.